Filfre.net writing about Another World, a very famous vintage French game: The French creative aesthetic has always been a bit different from that of English-speaking nations. In their paintings, films, even furniture, the French often discard the stodgy literalism that is so characteristic of Anglo art in favor of something more attenuated, where impression becomes more important than objective reality.

There’s nothing better in terms of impression than Moebius, who I grew up reading. 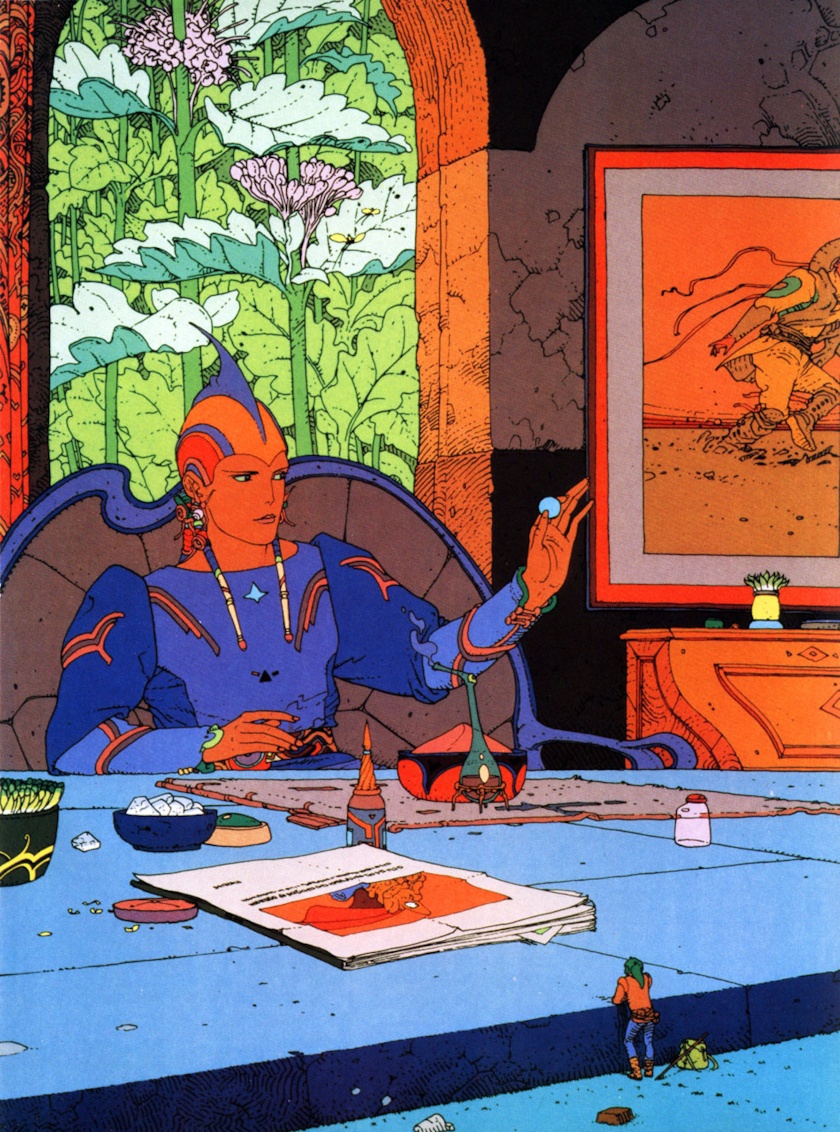 dat scale tho; you can imagine a million things just looking at this 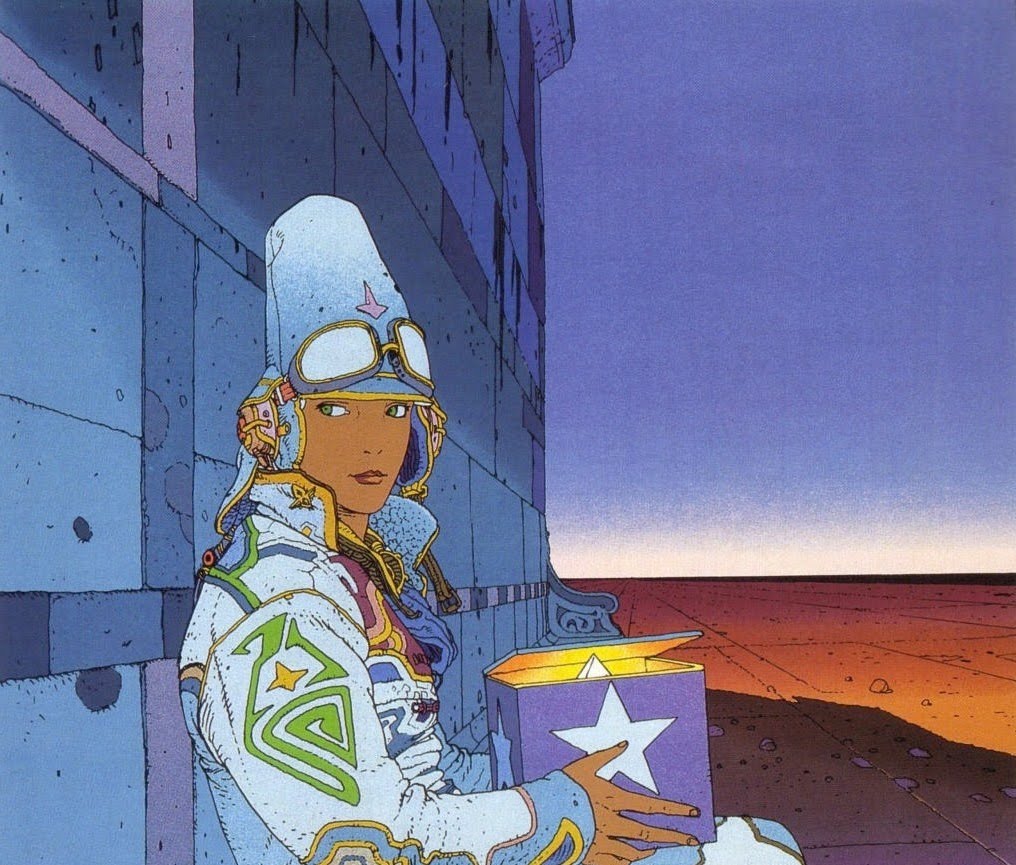 *what’s in the fucking box meme* 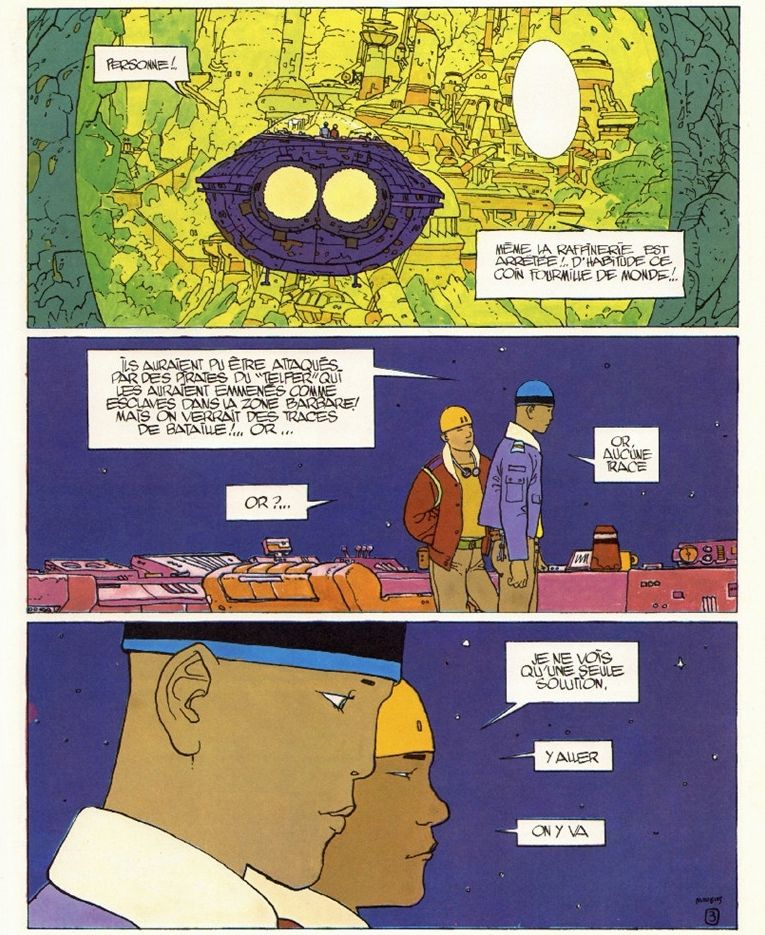 I read this short story a million times over (called sur l’étoile, “on the star”) 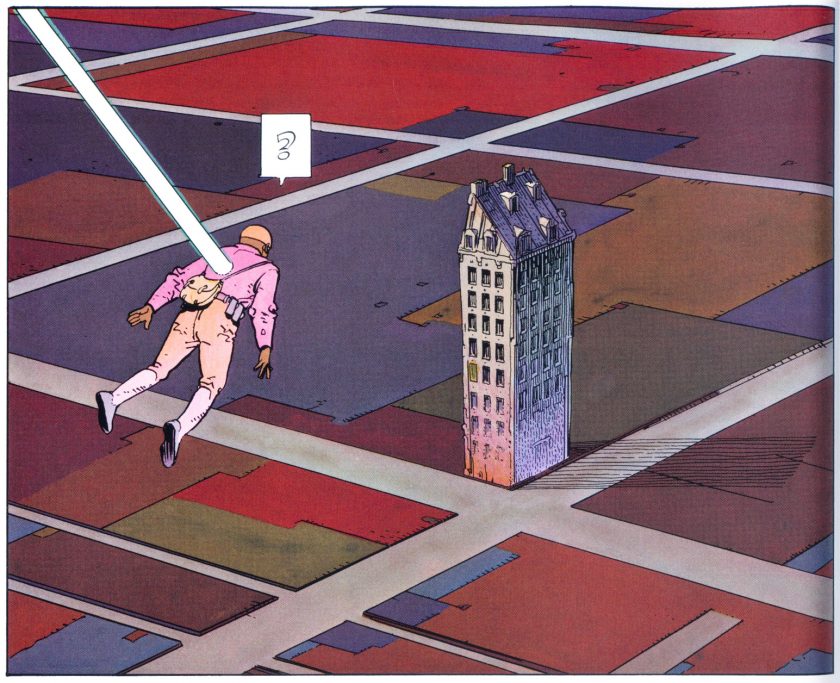 Not only he influenced countless creatives, Moebius is basically the father of cyberpunk: in 1975 he draw the biggest cyberpunk influence ever, a short story called The Long Tomorrow. It’s a classic police story but happening in the future. The fruit of Dan O’Bannon writing and Moebius’ imagination, it influenced absolutely everyone from Blade Runner to Akira to Cyberpunk 2077.

There’s a game that just came out called Sable (sand in French). 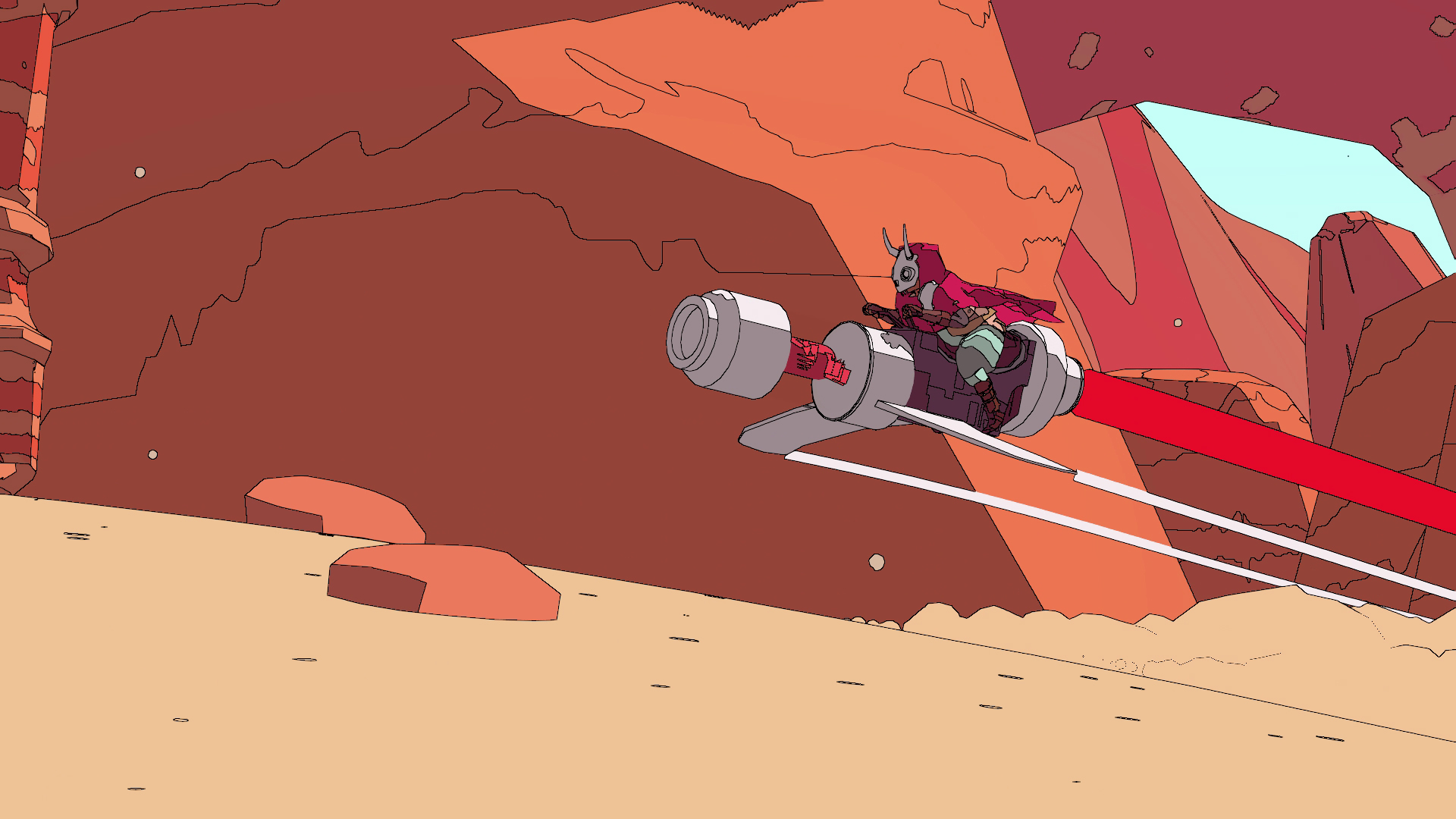 Jean Giraud called, he wants his Peugeot 103SP back 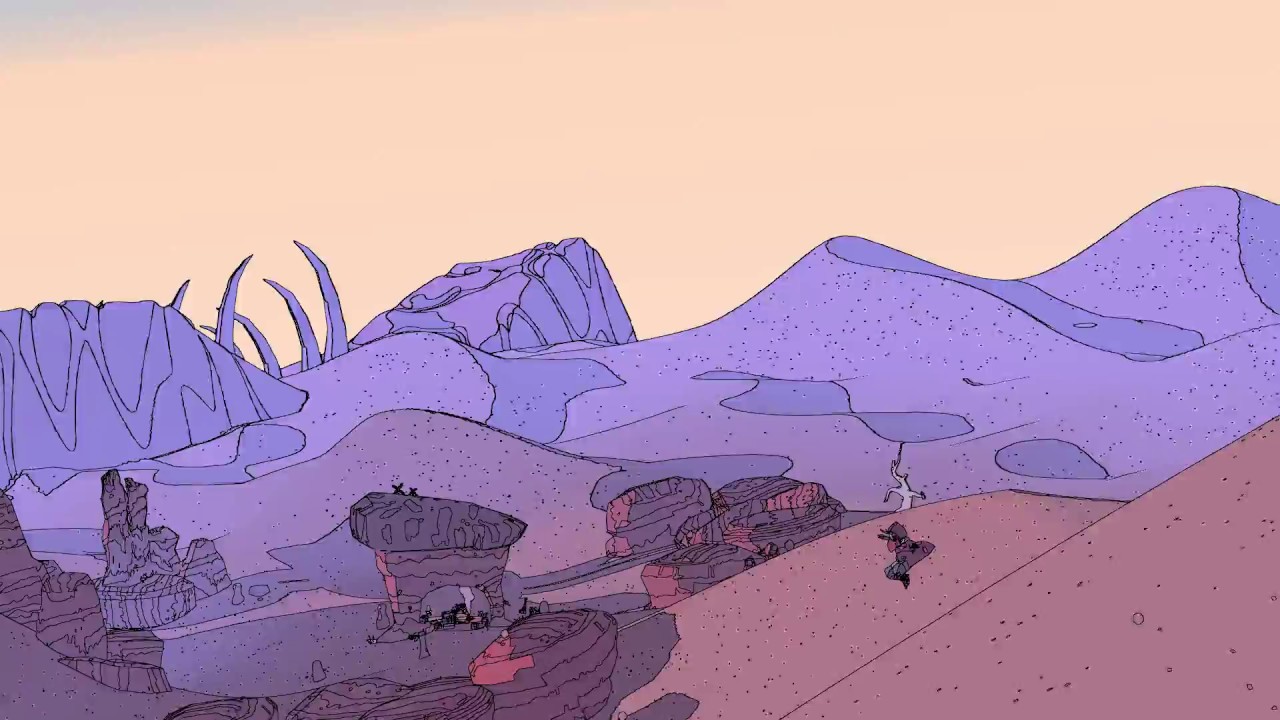 Oh yeah, Sable’s developer is English. They needed that French touch though!

(you can borrow Moebius stuff at your local library, and you should)