You know what love is? It’s effort. It’s focus. And I’m good at it.

PFunkzilla. Raise your head on the beat.

(produced, composed and recorded by yours truly) 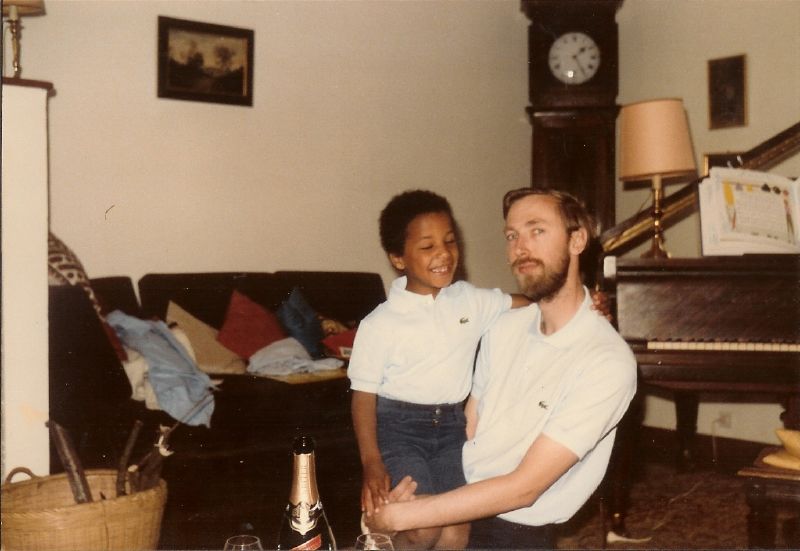 I had just arrived in the family. This is a picture at my grandma’s house, I think the first time I had ever been there. She had bought my dad and I matching Lacoste polos, in baby blue color.

It was as if she had bought a daughter and a mom matching green Telfar purses in 2017. It was TIGHT.

I’m smiling and all giddy because shit is brand new. This is a brand new dad here, and he’s young and smart and funny. This is some of my first interactions with him as a 6 year old “dude”. It was a beautiful day. Summer, countryside stone house. Champagne on the table to celebrate my arrival in the family.

I will see my dad and my mom really soon. It’s been nine years.

My dad –who’s supposed to be retired, had that party for his retiring accountant who worked for him for close to forty years. I told him not to do it, because of COVID.

He got COVID. And then my mom. They were coughing badly today online but I feel relieved that I won’t be the one bringing it to them! They also are feeling better. Fingers crossed that it stays that way.

Fuck that entire virus and its families.

It’s raining. It is noticeable as we’ve had maybe 5 days of rain since January.

It was a pivotal year for me. Things have aligned and I reached the next plateau. Never give up is real. It might get to a halt, but never give up indeed.

Still battling Quality of Life issues aka Landlords Should Not Exist. But otherwise, it’s been pretty good.

Tons of things to look forward to do next year. I know it’s going to be a fast one with many projects to work on.

I hope everything is good for you.

We maxed out, I keep telling people. We have enough computers already. We have enough processing power. How do I know this? I know most desktops CPUs and GPUs idle most of the time. Which is why companies don’t buy brand new computers as much anymore, which is why we’re seeing those headlines.

From early 2010s and on, processing power has been bigger than our needs. It is a fact that all nerds out there don’t want to spread, but it is so true. Check this out with Nvidia:

They released their latest GPU a couple months ago. 76.3B transistors in 6cm², if you know numbers, you know this is an utterly insane achievement. It moves a fucking TB per second in memory bandwidth, it’s plain gross.

Well, what is the usage for this behemoth of the latest hi-tech possible? There’s none, really. You can do amazing architecture with way less expensive GPUs. Games run just fine with older cards. Even more telling: this RTX card is so fast and so bored, it has the time to create frames between frames. LMAO. What a waste of time and energy: 450W to wait for a CPU to feed it.

There’s a massive disconnect between our real human needs and tech. We maxed out. Another example:

A show with good visual quality, good sound subtitles etc, is about 3GB. It will be playable and look fine from your phone to a projector. It is still 3GB. It will always will be 3GB.

You download it over 4G. It takes about a hour. Is a hour long? No. A day is at least many hours. You transfer it to a device, it takes 5mn. Is 5mn long? No. It’s a human timeframe that we use all the time to do little things. So while the movie transfers, you go do a bit of dishes or cuddle with your boo.

My point is have 16K movies on 6G instantly viewable has the most diminishing returns ever: no one will ever care about waiting a little bit, as this is how it is. Sometimes in life, we wait. It is fine.

Therefore the ultimate goal of tech to do it faster, has been reached. I’m going around my laptops with TB drives, giggling at how much fucking space that is. 99% of the world uses computers with files in the order of KB or MB.

The opportunity here is to use the computers we have much better. 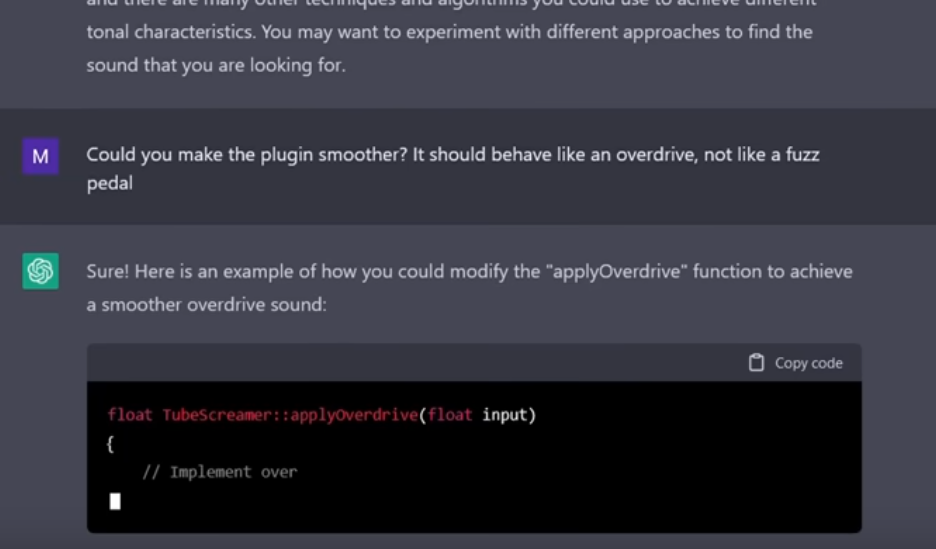 Can ChatGPT Build A Guitar Pedal Plugin? Yes, it kind of can. Me: 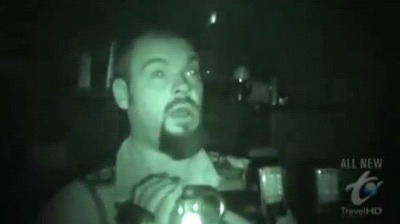 Remember, this is the start of decent AI. That is so impressive.

A quick review of what’s going for humans in the west:

We have what, ten years left before UBI is an absolute necessity for all? We should start yesterday, y’all.

I wouldn’t be surprised if the government decides to fund a nuclear plant or two exclusively used to power a federal AI, and leases an entire state to build those data centers with a billion whining fans needed to cool down the tech. Those future fees. $$$.

37 per cent of the world’s population, 2.9 billion people, have never used the Internet.

From the now classic Tom Whitwell’s end of the year blog post.

2.9 billion people have never used the internet, ever.

On the other end of this, we have a few million folks so addicted to the fakeness of online clout that they spend every single second of their lives glued to it. They can’t realize that social media is just a bunch of websites on the internet that come and go in importance.

Those 37% might be very crucial for the future of human detox. 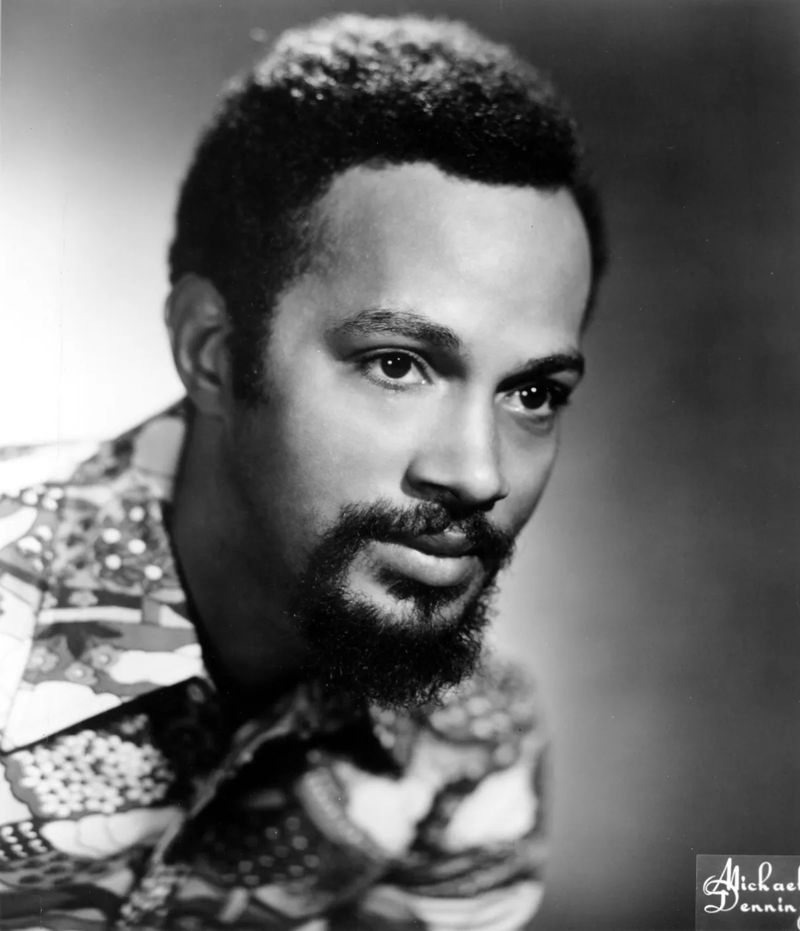 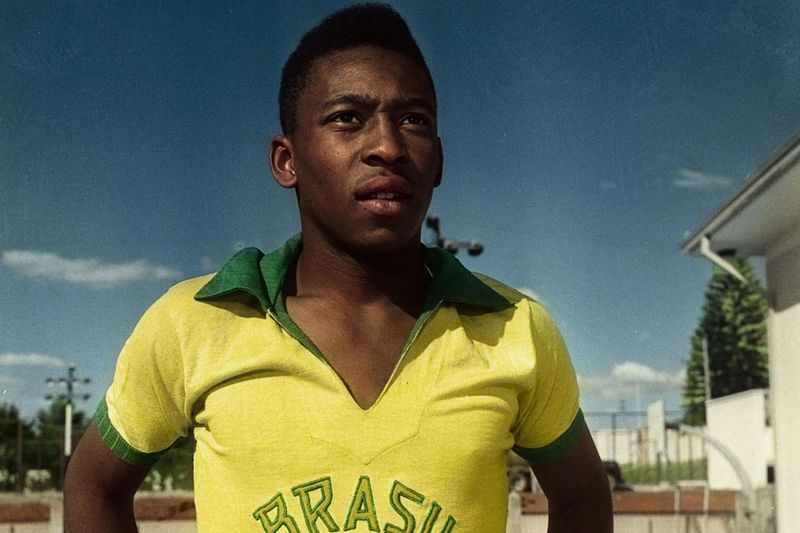 Giants. Thom Bell passed away the other day. Fantastic composer, arranger and musician. I’ll listen to his stuff my entire life for sure.

Pelé, well. He really is one of those characters that made me think as a child“so if white folks like him so much and praise people like him and I… Why is it so bad for black folks out there, apparently? I’m 7”. Oh, brother.

Anyway, Pelé is something else.

I played Elden Ring on a PS5 this year. I played some Noita on my laptop. And then I stopped caring completely.

Too many things are not right in games.

The business model of games has lost its mind

Everything is about crafting abuse that can’t be seen. It is lucrative as hell, but the peer-pressure induced culture destined to make you buy more and more and more, and bet more and more and more is not right. And never will. I know, it’s everywhere now. It kind of got really efficient and scalable thanks to games. Remember how cute gamification looked in 2010 and now you can’t go grab a taco without an app, a leaderboard and some utterly meaningless “quest” to go after to collect “points”? It’s horrendously dehumanizing.

Seeing many, many game developers that I respected and trusted come out as manipulators and abusive folks in the past few years, has been sobering. I’ve also had the most unprofessional interviews ever with game studios, by far. Again, really sobering.

Today we have games in Real Time Ray Tracing in 4K with 1995 pathfinding. It is so jarring. Insanely realistic lighting with game states that we had when the PS2 was hot, is nonsense. It feels like nothing progressed, really. Shaders better than ever simulating clothes, hair, flames, wind, shadows all over the screen but the NPCs still can’t hear me drop from 30 feet right behind them. It’s nonsense.

The graphic treadmill is insanity and a 13 year old boy thirst trap.

The aimlessness of game design

The discipline is way too often about “me too, I can make a [trendy game design based off 90s nostalgia]”. Very few explorations. Insanely low progress in themes and worlds. For a profession that combines all other entertainment it’s quite amazing how generic games feel, consistently.

I understand! Making games and making a living off of games is extremely hard so in any design decision you tend to go for the most sound and secure approach: a first person shooter with zombies, for instance.

The issue is that game design has been doing this for twenty years on a loop, now. That’s half of video games’ existence. That’s a problem.

So yeah, time for me to go on a sabbatical about this entire thing.